Run now, wine later?  You better believe it!  If you enjoy running or have set a goal to run a half marathon, one of the coolest races you can participate in is runDisney's Wine & Dine Half Marathon in Disney World!  I love that when Disney decides to hold an event, they go all out!  And you can expect a runDisney event to nothing less than amazing!  They are quickly becoming some of my favorite Disney events!  Did I just admit to liking running now?

I love Disney (I think I love it even more as an adult!) and for years I have watched my husband complete runDisney races like the Disney Marathon Weekend, Goofy and Dopey challenge (seriously, who runs 4 races in 4 days?!).

The first year my husband completed a runDisney race, I was blown away by the race atmosphere!  After the races, my husband would tell me how cool it was to run through the parks, the entertainment and characters he saw along the way, and I was SO jealous! The races sounded amazing and I really liked the positive post-race party atmosphere!  At that moment, I was hooked and knew someday I’d run a runDisney race!  (Don't forget to check out our highlight video at the end of the post!)

Fast forward to 2018 and my husband and I flew down to Disney World (without kids! 😁) and I ran my second runDisney Half Marathon, the Wine & Dine Half Marathon.  I'll be honest, even without kids, Disney World is a blast and we made sure to make the most of our few days without our girls!

If you are looking for fun races that allow you to eat your way around the world after, then look no further!  I've always said, if I'm going to run 13.1 miles, I'm going to enjoy and eat whatever I want after!

The Wine & Dine Half Marathon is a smaller race, compared to the marathon weekend in January, and with that comes a lot of perks.  The course takes you through three theme parks instead of two, it's less crowded and you can enjoy the International Food Expo after.

Once you arrive at Disney World, you can head on over to the ESPN Expo to get everything you need for your race.  I love that the EXPO instantly pumps you up and gets you excited to run!  At the expo, we picked up our racing bib, took a photo with Chef Mickey and then checked out all of the great runDisney merchandise.

The expo was definitely smaller than marathon weekend in January, but they still had a great selection of running shirts, glitter skirts (I got the cutest Minnie skirt and headband) and lots of other goodies.

Jeff Galloway was also there meeting runners and speaking at their mini-workshops.  Nothing pumps you up more than gathering with thousands and thousands of runners and shopping your favorite running gear, especially Disney running gear!

As a Wine & Dine Half Marathon runner, you also received a few extra goodies:

What I loved the most about the Wine & Dine half marathon was the course!

My first half marathon was during runDisney's Marathon weekend in January and the highlight of that course was running through Cinderella’s castle.  It was my top moment of the race because Elsa and the gang were throwing snow from the castle.  It was a magical moment!  But the rest of the course was spread throughout the backstage areas, roadways and the side entrance to Epcot where you ran around the Epcot ball.

The Wine & Dine Half Marathon Course

The Wine & Dine Half Marathon course doesn't take you through Cinderella’s castle, instead, you get to run through Animal Kingdom, Hollywood Studios and around the world showcase at Epcot. It was AMAZING!!

At Animal Kingdom, we entered through Africa and ran the streets of Harambe.  Then we found ourselves running through the World of Pandora and then in front of the Tree of Life.  After that, we ran through Dinoland U.S.A and out of Animal Kingdom.  Visiting the parks is fun enough as it is, but getting to run through the parks was a blast!  I especially enjoyed running through them early in the morning when no one else is allowed in the park!

Next stop on the course was Hollywood Studio and past the Tower of Terror.

We ran down the streets of Hollywood Studios and by the time we made it there, the park visitors were being allowed in the park.  I loved having complete strangers cheer us on as we ran past!  Talk about extra encouragement!

After Hollywood Studio, we arrived at the Boardwalk by Epcot! This is a tricky part to run through because of the narrow walkways along the River, but once you get to the boardwalk it opens up a bit more. This was my first time at Epcot’s Boardwalk and it was cool! I loved seeing people looking out their rooms and on their balconies cheering us on as we neared the end of the course!

As we neared mile 11, Epcot in all its glory appeared!

We were tired and wet from the on and off rain, but we were ready to run our way around the world to the finish line!

We ran through England, France, Japan, Morocco, Germany, Africa, China, Norway, Mexico and past the Epcot ball!  Because the park still wasn't open to the public, the streets were filled only with runners.  Getting to run around the world was such an amazing experience.  It was the extra motivation and excitement we needed to finish the 13.1 miles!

Around the globe we went and with the finish line in sight, we ran our hardest to make my race goal and a personal record! It was amazing to accomplish this race a year after giving birth to our second daughter and it was emotional to remember that I had never ran until I became a mom! It was something I never thought I could accomplish!

With my husband by my side and cheering me on, we accomplished my goal together and that was the best memory of all! Being able to accomplish a personal dream with your spouse is the best!

You Can Do It Too!

Maybe your considering running a race and doubt if you can do it.  Let me tell you from experience, you don’t have to be a perfect weight (I certainly wasn’t) and you don’t have to be the right age!  I'm running more in my 30’s than my whole life combined!  If you want to do it, you can!  Just put your mind to it and accomplish that goal!

Running a half marathon certainly takes commitment and training.  I owe my ability to running to Jeff Galloway’s Run Walk Run program.  I share about this program and training tips in a prior post and I will always run this way!  It not only allows non-runners to gain the ability to run, but the run walk run system drastically reduces the strain on your body by allowing your muscles to rest during the walk periods.

The runDisney races even offer Jeff Galloway pacers who will coach you the entire race.  They are grouped by finish times and each pacer will have a sign that has a completion time.  Just pick your finish time and stick with that pacer.

I'll admit, I was sore right after the race, but we continued to walk another 7+ miles at Epcot the rest of the day.  However, the next morning I was barely sore!  Seriously, do yourself a massive favor and try this program out!  Your body will thank you later!

So there you have it!  My recap and favorite parts of the Wine & Dine Half Marathon weekend!

If you missed it above, here's a quick video showcasing our favorite parts of the race and weekend!

Comment below and let me know what races you love and if you’re going to sign up a runDisney race.  I can't wait to be inspired by you! 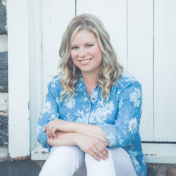 Jennifer Newlands is a Lifestyle and Family Travel Writer who is passionate about creating lasting memories with her husband and two little girls, enjoying the journey of life, sharing their favorite travel destinations, and discovering the unique rhythm between being Mommy and a working, entrepreneurial Mom.

Welcome to Liv+Maddie - a travel and lifestyle blog that encourages everyday women to live their best life and discover the world around them.

This error message is only visible to WordPress admins

This error message is only visible to WordPress admins